When the Relationship Breaks: The Role of Religion in the Process of Coping with Divorce

Divorce represents a frequent and common phenomenon in modern so c iety. The number of partners who wish to divorce is either on the rise or on a constant high. Recent demographic data on marriages and divorces in the European Union shows that the number of marriages per 1000 residents decreased in the few last decades, while the number of divorces increased1. The number of couples who separate is certainly higher especially if we take into consideration that those who are not married or registered in civil unions are not included in the official statistical analyses.

Dr. BARBARA SIMONIČ is doctor of sciences (PhD) (2010), specialist in marital and family therapy (2004), graduated in theology (2000). She is a researcher and assistant professor at the Faculty of Theology (University in Ljubljana) (2005). Since 2009 she lectures on the “Bologna” program of “Marital and Family Studies”. From October 2004 she has been employed at the Faculty of Theology as a “junior researcher”. In June 2010 she completed the training of junior researcher with a successfully defended doctoral thesis entitled “Empathy as a basic anthropological relationship: from tradition over Edith Stein to the relational theory”. She is the author and co-author of several scientific and professional articles. She actively participated in international conferences at home and abroad (e.g., Athens 2007, Barcelona 2008, Madrid 2011, New York 2012, London 2015 etc.). 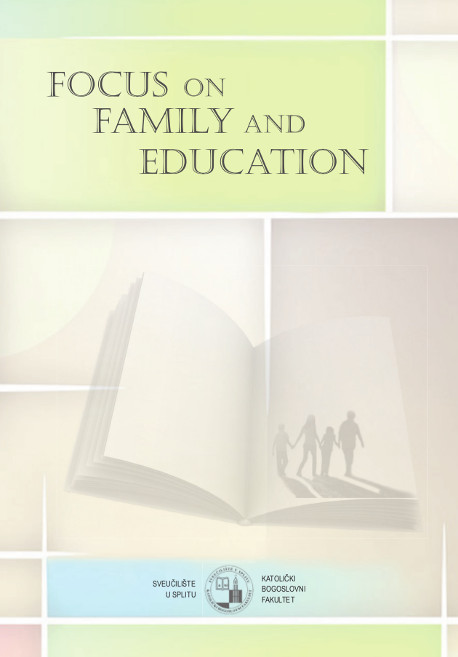 2016: Focus on Family and Education