Three-part motets of the Sacrae cantiones collection of Ivan Lukačić

The Sacrae cantiones collection of Ivan Lukačić consists of three three-part motets Domine, puer meus, Nos autem and Responde Virgo. They are based on a text of biblical, liturgical, or unknown origin and testify to the free treatment of the text, which was common practice at the time. This paper focuses on these motets purposely. We chose them because of their formal structure, the manner and procedures of shaping individual components of the musical style that very convincingly testify to the middle way, mentioned in almost all works on Lukačić, which the composer chooses in intertwining Renaissance and Baroque performance practices. Thus, for example, the melody in the monodic motet is restrained but also interwoven with virtuoso phrases. Solo parts most often fill the frame of a sentence or period, anticipating the regularity of homophonic texture, but still very far from classical models. The treatment of the tonal basis in the monodic parts is close to the baroque major-minor tonality with frequent brief modulations into close tonalities and oscillations between parallel ones. The modality of the polyphonic motet is enriched with standard alterations and moving of the finalis to different degrees; the procedure and treatment of polyphonic texture where the canonic sections in imitation episodes are by a rule accompanying in relation to the performance of the first theme, thus losing the independence inherent to the Renaissance style. These procedures of a kind of diminution of the essential features of two seemingly opposing practices that permeate Lukačić’s opus are certainly in the function of creating the unity of musical language and expression, which is a feature of every artistically valuable work. 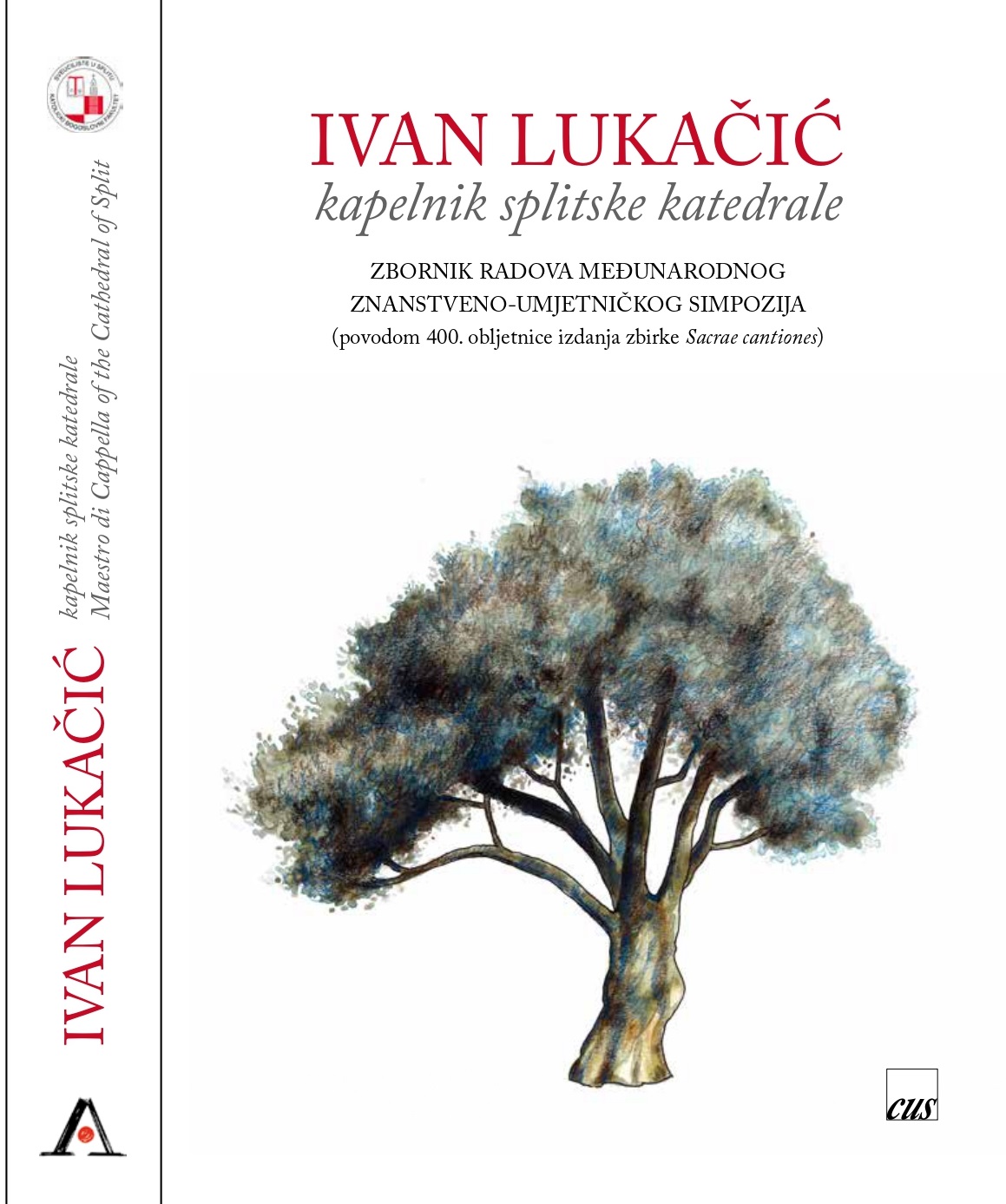 2022: IVAN LUKAČIĆ Maestro di Cappella of the Cathedral of Split