A German theologian D. Mieth rightly argues that gradual defining of the notion of conscience, as an elaboration of appropriate science about conscience, is the result of long and persistent mental efforts of the so called Christian West.1 And indeed, it was a centuries-long theological and cultural process, as old as Christianity itself, which has its roots in the Old Testament metaphor “heart” and “kidneys” and in the New Testament “syneidesis”. Theological elaboration of the notion of conscience started as early as in the patristic period. St. Augustine’s self-analysis of conscience as the “voice of God” emphasizes the absoluteness of the postulate of conscience, but also its character of a response. Medieval theology speaks about conscience as about an innate human feature. We analyse its functioning and its development too. In that context the debate between Bernard and Abelard is well known. On Abelard’s side, modern appreciation of subjectivity is in some way anticipated and faithfulness or unfaithfulness to the personal insight is placed in the centre of the concept of sin. Opposition to such an attitude is the insistence on the objectivity of the law as the criterion of correct conscience. Thomas Aquinas considers conscience within the above mentioned tension between the subjectivity of his own insight and the objectivity of the law. According to Aquinas conscience and unconditional validity of its demand are rooted in man’s orientation toward God, but also in his free responsibility, which requires the formation of conscience 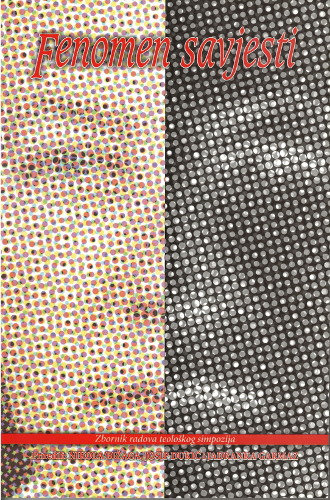